In 2014, the team at Oceaneering, known for their innovative approach to surveying, was faced with a difficult task: to develop a way to reduce pipeline survey costs while maintaining the quality of the data captured. The team emerged with a simple yet revolutionary plan to perform these surveys using Autonomous Underwater Vehicles (AUVs). With the ability to travel 6 times faster and to host a multitude of sensors, AUVs provided a dynamic platform from which pipeline surveys could be completed in a fraction of the time compared to conventional methods. However, faster vehicle speeds demanded sensors with higher capture rates to ensure high-quality data and resolution.

Oceaneering approached Voyis in an effort to solve their latest challenge. Through substantial levels of collaboration and teamwork, Voyis and Oceaneering were able to develop an optimal solution for sub-centimetric pipeline inspections.

On average, Hugins travel at 3 to 3.5 knots and 3 to 10m altitude for their pipeline surveys. A typical survey included up to three passes: one capturing data along the central line of the pipe, with two subsequent passes running along each side capturing data about the profile of the pipeline as well as any free spans.

[Voyis] was able to deliver a best-in-class solution not only because of the quality of their scanners, but also as a result of their ability and willingness to collaborate from an engineering perspective.

The Insight Pro required an initial vehicle calibration at the Oceaneering facility, after which further calibrations weren't needed

Data was extracted off the AUV after vehicle recovery and processed with the Nav data to create a seamless mosaic of the survey areas, which was then integrated into a GIS mapping package

Between 2014 and 2018 Oceaneering completed over 10,000 km of laser micro-bathymetric mapping with sub-centimetric resolution using Voyis’ Insight Pro. The accepted accuracy was consistently met and in most cases survey lines exceeded the target accuracy.

The Voyis Insight Pro high sample rates allowed the vehicle to travel faster to get more coverage out of each dive while providing the highest density of laser point cloud data available on the market. They were able to achieve detailed laser bathymetry at 6+ knots vehicle speed. 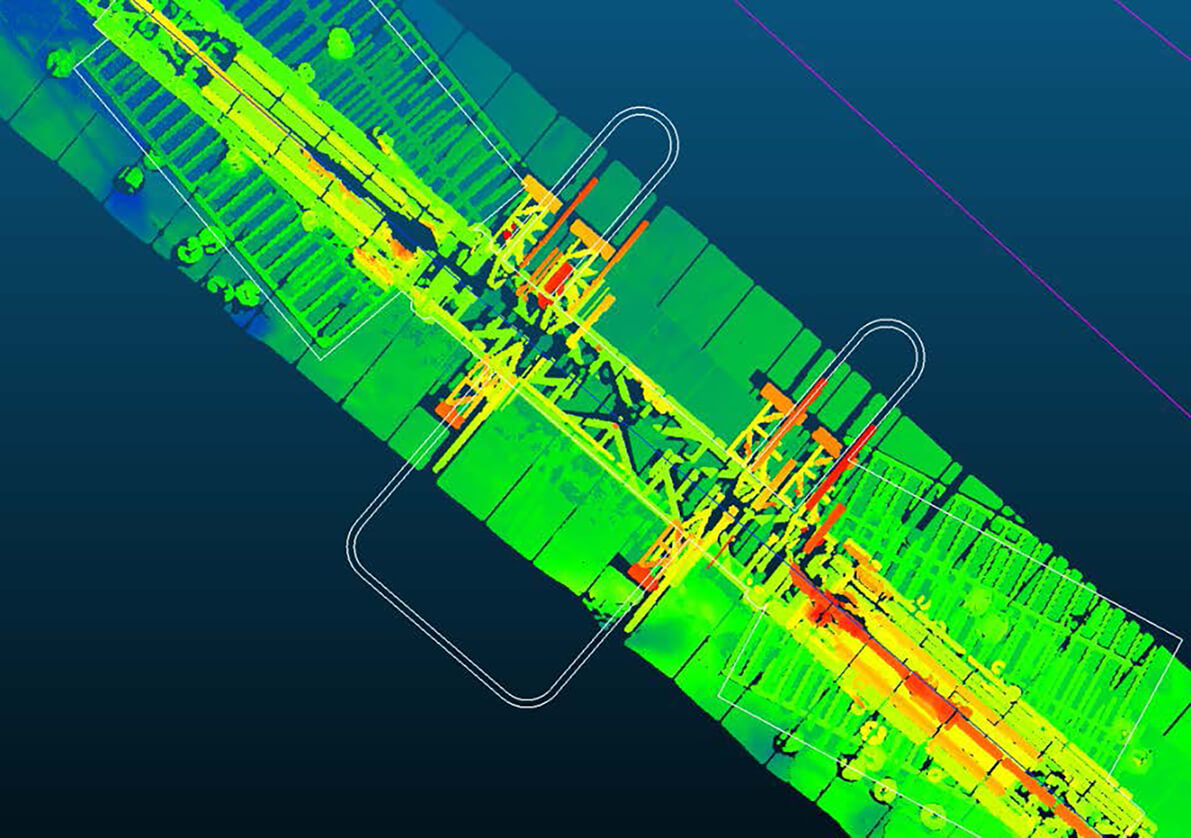 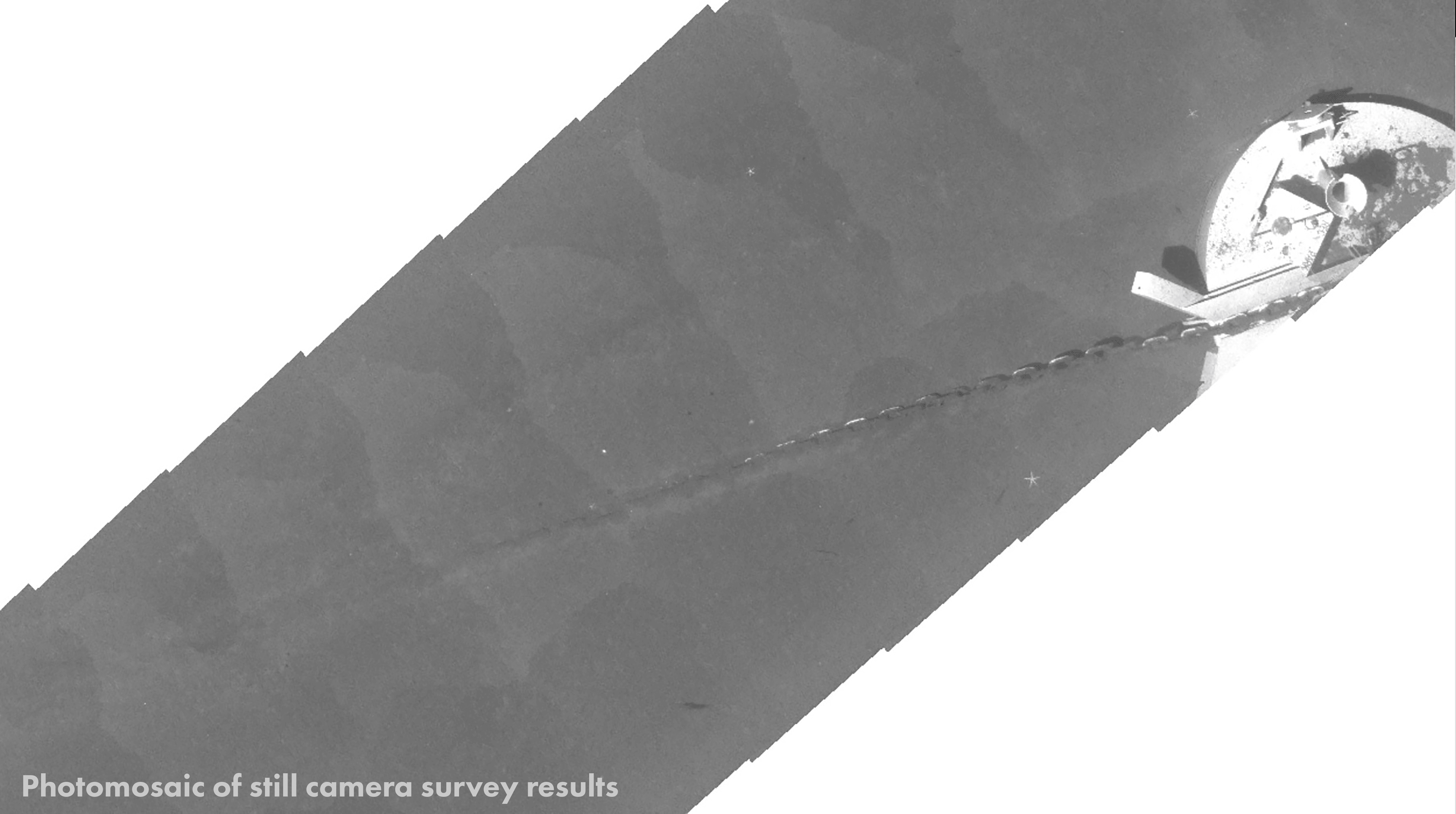 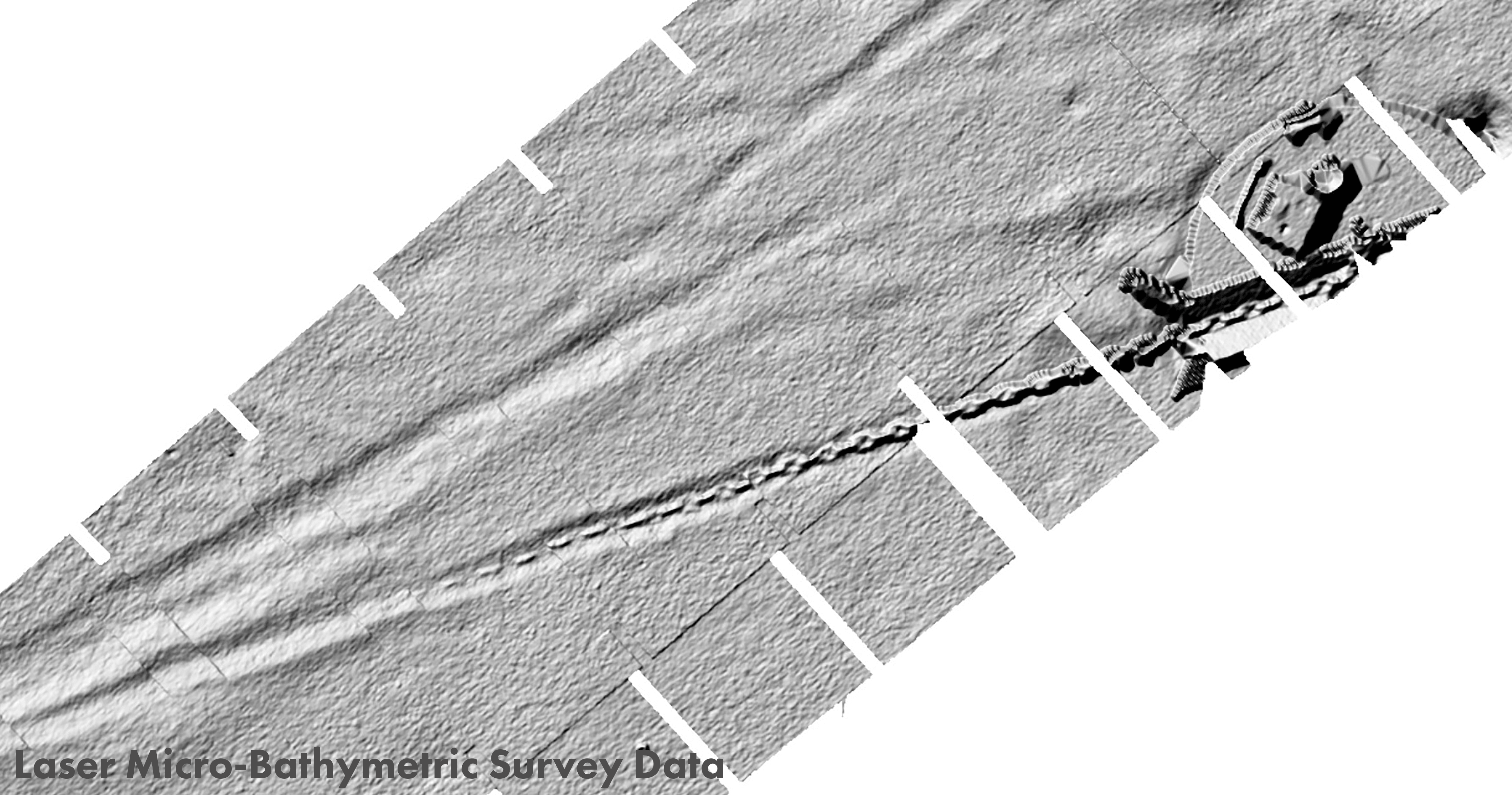 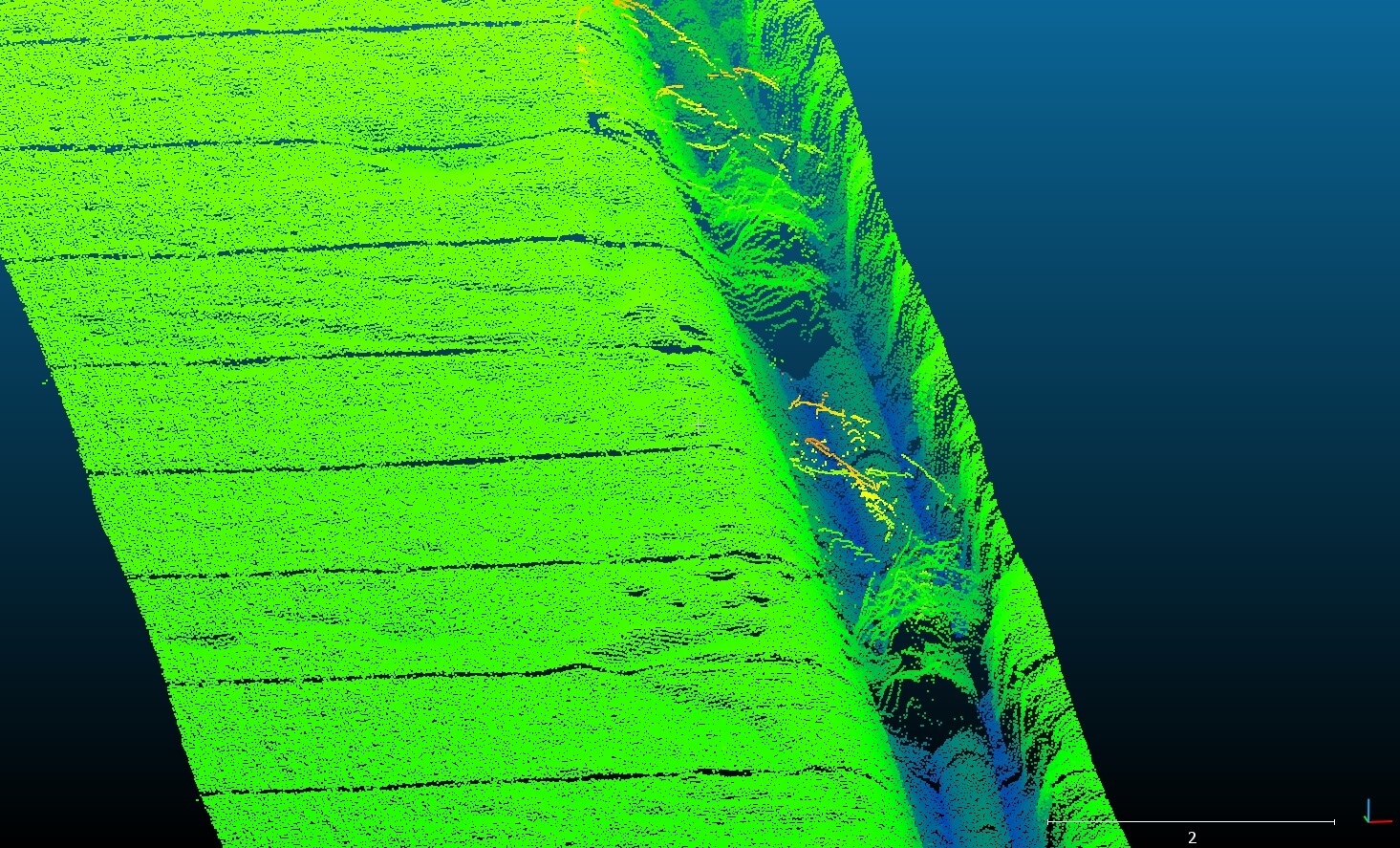 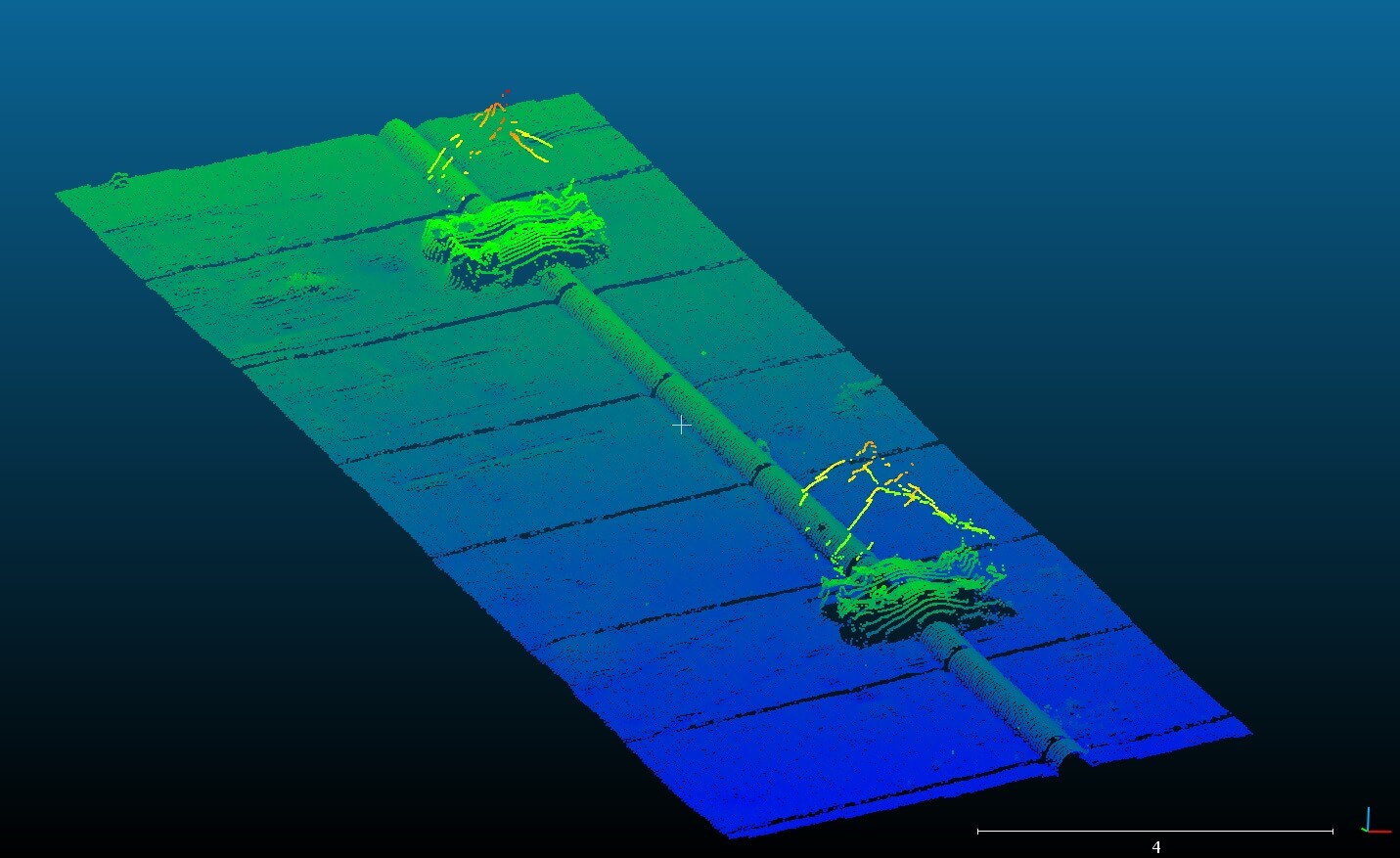 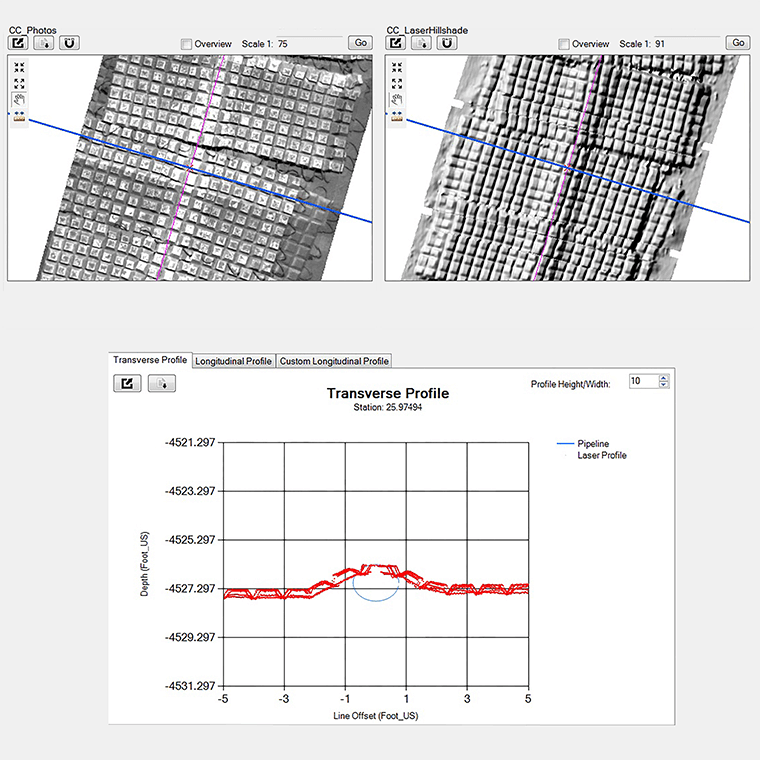 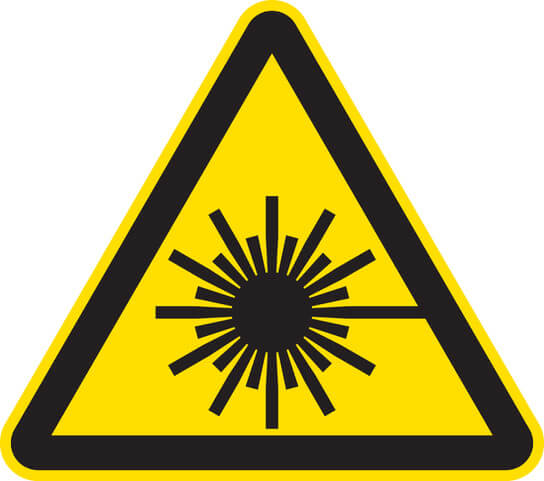 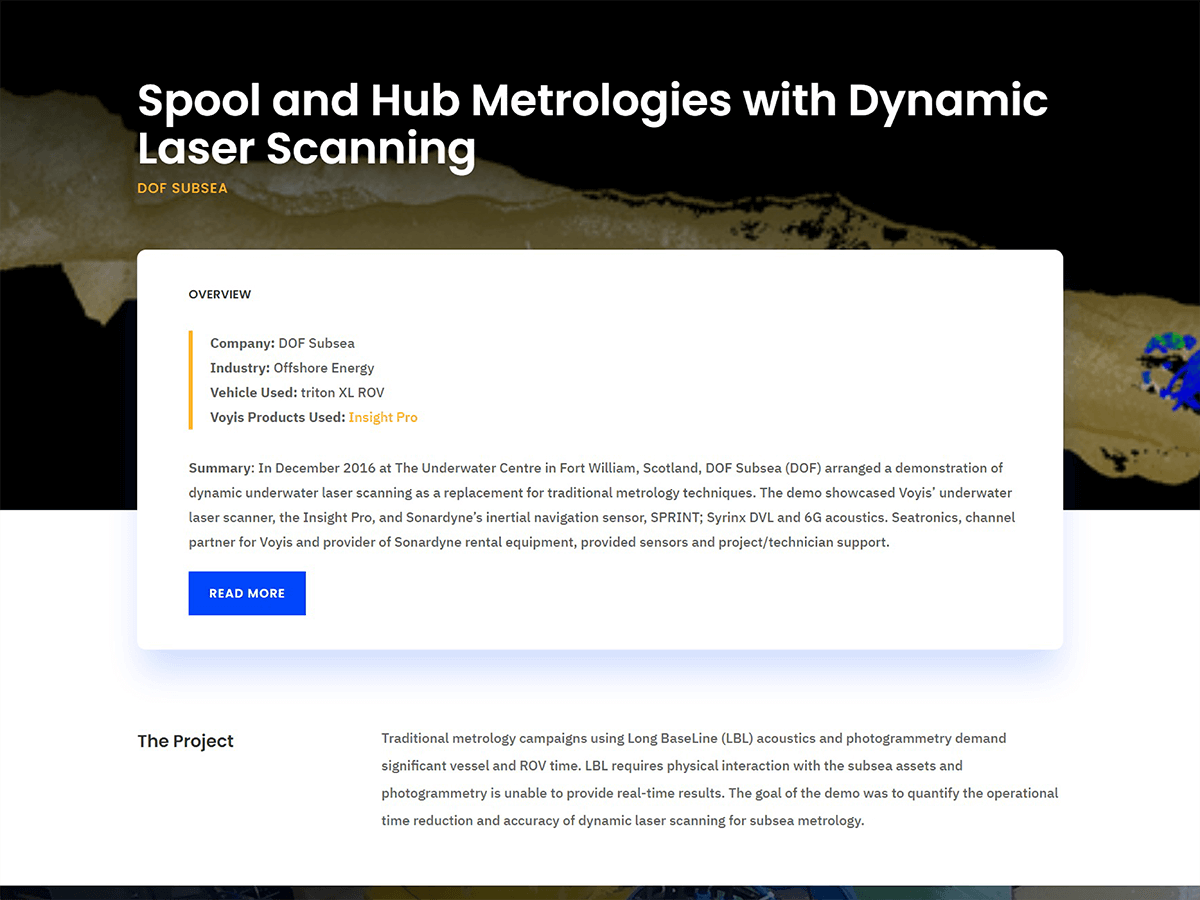 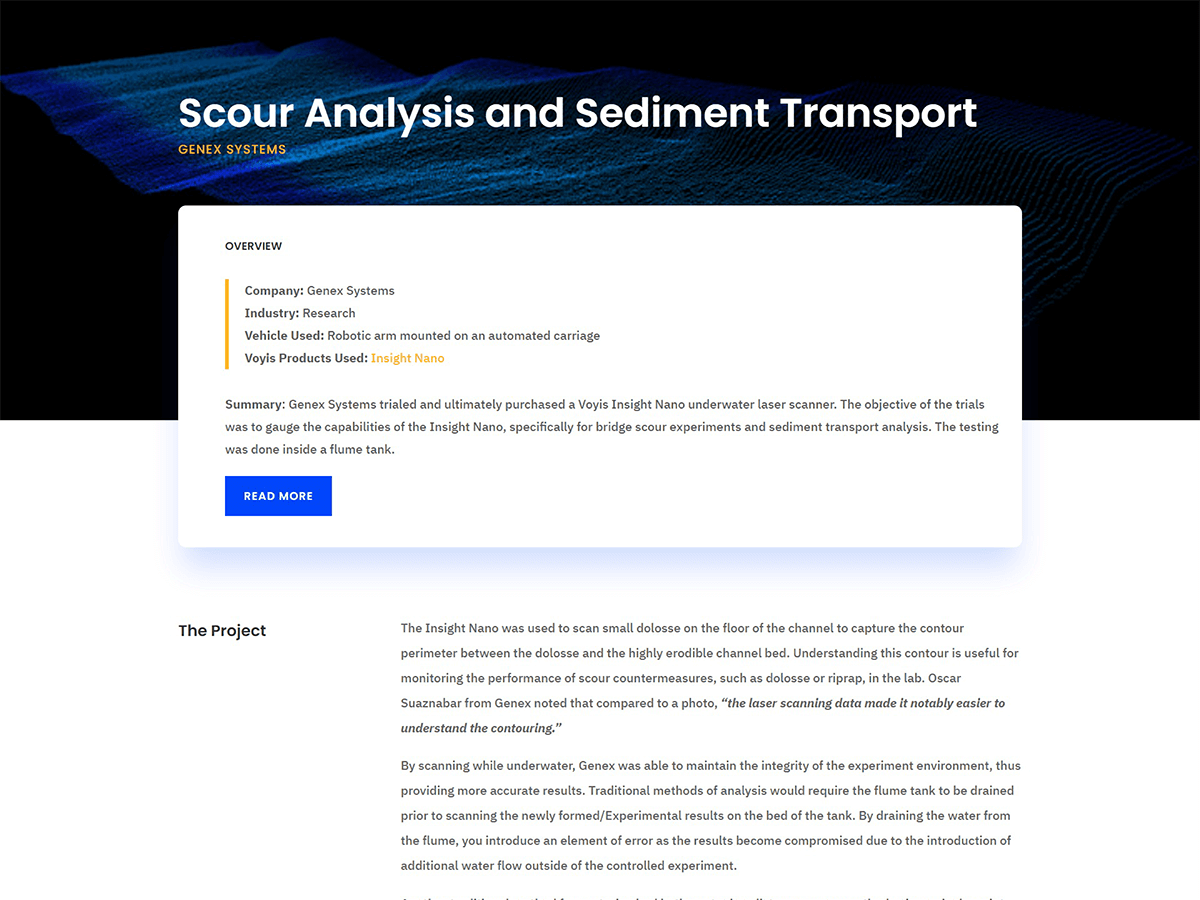 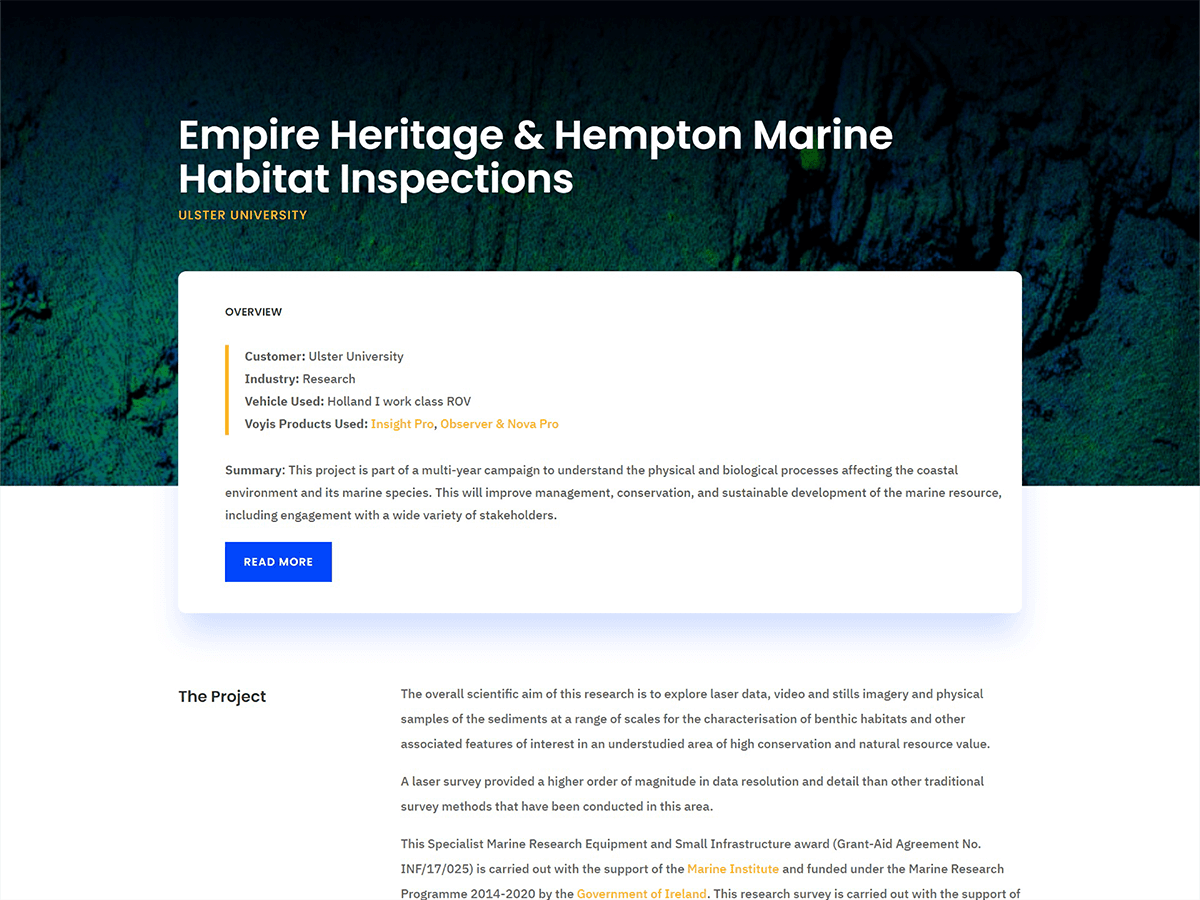 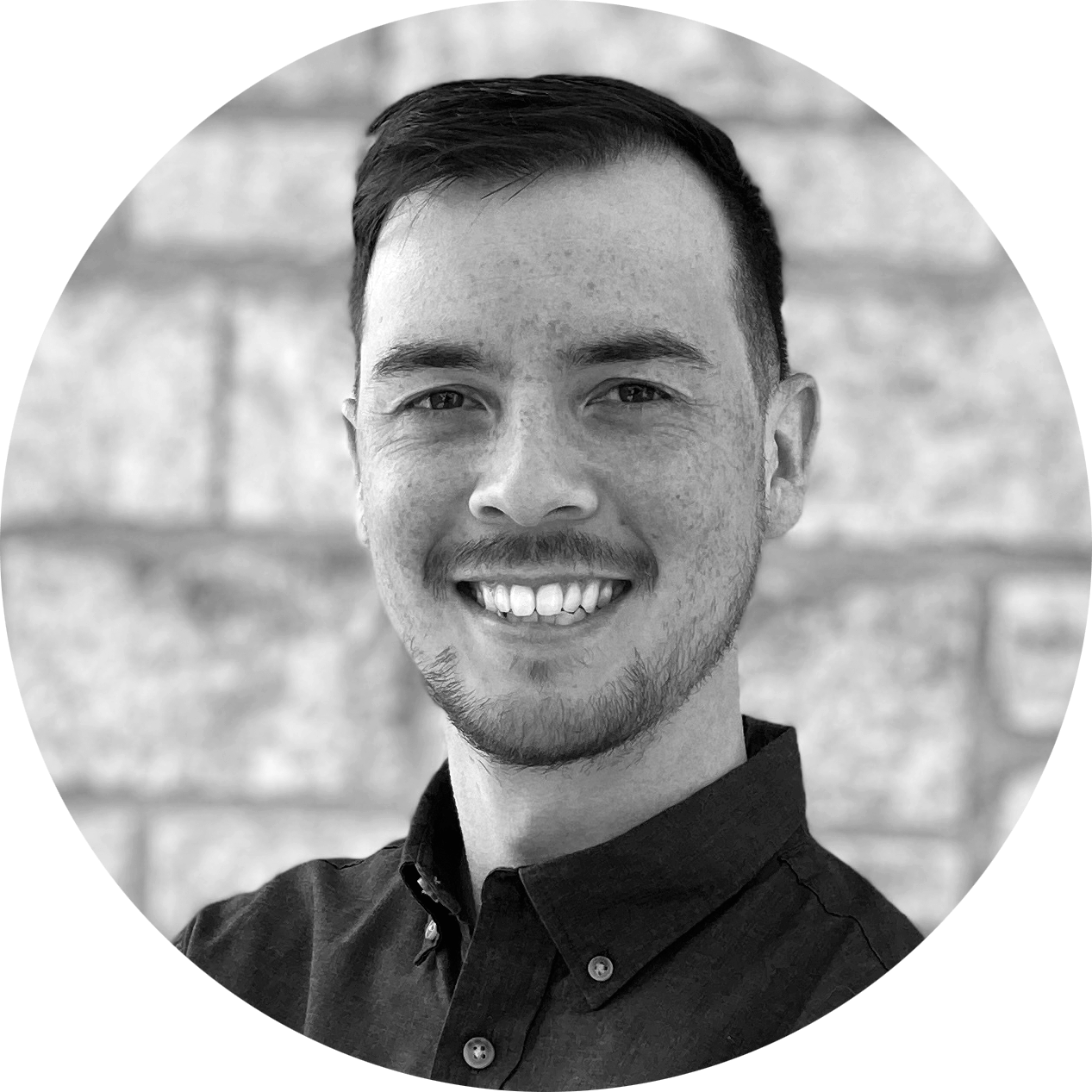