Earlier this month, Voyis made the exciting announcement of the IMAGE Project – Image Mapping & Analysis for Governance and Education, funded through Fisheries and Oceans Canada‘s Oceans Management Contribution Program (OMCP).

Today we are delighted to share more details about the project, where it will take place and how it will help protect marine life.

With the participation of major marine educational organizations, the location chosen for the project was Átl’ka7tsem/Howe Sound in British Columbia, Canada. It is important to begin by acknowledging that the land on which this project takes place is the unceded territory of the Squamish First Nation.

Átl’ka7tsem/Howe Sound and the Strait of Georgia have a large population of live glass sponge reefs. Over the past 15 years, the Canadian Hydrographic Service and the Geological Survey of Canada have mapped nine of the 22 glass sponge reef complexes that are currently protected in the area. Beginning in 2015, Fisheries and Oceans Canada (DFO) protected these fragile reef complexes through the establishment of marine refuges via formal bottom-contact fishing closures extending 150m beyond the reef footprints.

Optical sensors play an essential part in monitoring these marine habitats and guaranteeing their preservation. The area has been inspected in the past using sonar technology, but the data capture did not provide sufficient detail to determine the condition of the reefs. With that in mind, the IMAGE project will use Voyis optical sensors to acquire high-resolution colour-corrected 3D data.

Glass sponge reefs are unique habitats found only along the Pacific coast of Canada and the United States with historical, ecological, and economic value. They play a significant role in the filtration and processing of carbon and nitrogen. Through filtration, the sponges clear the equivalent of the entire water column above them of all bacteria daily, while prevailing currents supply new bacteria. Sponges can therefore have the potential to help mitigate the impacts of climate change.

These reefs also form a habitat for diverse communities of invertebrates and fish, including species of economic importance (e.g., spot prawns, lingcod, crab, rockfish etc.). They represent a modern analogue of extinct reefs and can be used for a better understanding of fossil records. Reef-forming glass sponges are long-lived but slow growing and exceptionally fragile. Reef-building glass sponge growth rates are estimated at 1-9 cm per year, and, as a result, the reefs are known to have low recovery rates from disturbances.

Radiocarbon dating suggests that the Queen Charlotte Sound reefs began forming 9000 years ago. While there is no data on the longevity of individual reef-building sponges, data on similar species suggest that they may be among the longest-living animals in the world, with life spans greater than 220 years.

With Voyis’ real-time image enhancement, operators will have access to high-resolution images, and 3D models of the area inspected for a detailed analysis of the current conditions, which will also be used for studies over time.

Contact us to learn more about this project and all our environmental monitoring capabilities. 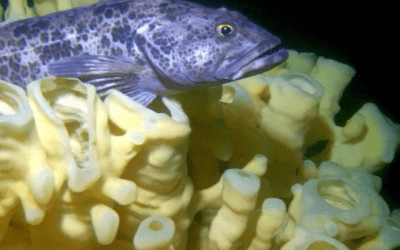 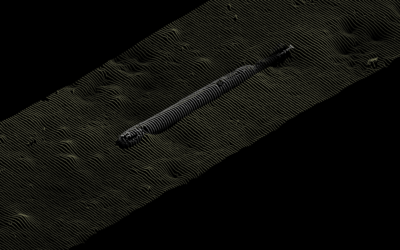 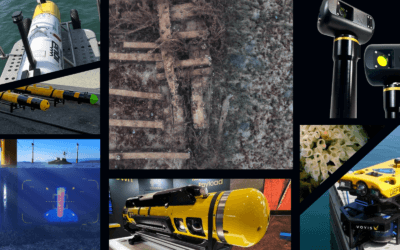